Visiting the star anise oil distillery of Mr. Nong Van Tu’s family, people were surprised by the investment in machinery, distillation system, and workshop to ensure quality drops of star anise oil.
Mr. Tu said that he is 60 years old this year, but has spent more than 40 years maintaining and developing the traditional profession of distilling essential star anise oil of his father.
“In this village, there is a traditional job that my father left from ancient times, which is essential oil distillation. At the age of 19 – 20 years old, I learned to do this work with the desire to continue the family profession so as not to be lost “said Tu.
“This system that I no longer use anymore, but instead is a distillation system of oil by pressure boiler running on electricity. My youth is sitting by the firewood broth distillery every day. , the clothes always give off a fragrant aroma of star anise. Because in the past, it was cooked with firewood, so it always looked like, out of firewood had to be put in, quite hard, “he said. 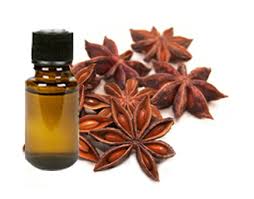 Mr. Tu said that the traditional distillation system is both laborious and consumed a lot of firewood, but the quality of the essential oil is not really guaranteed. At the end of 2019, his family invested 1 billion VND in an electric return oil distillation machine system.
According to Mr. Tu, this new star anise oil distillation system has a large capacity, producing more oil with guaranteed quality than the old essential oil distillation system. However, because he is powered by electricity, he has to invest in factories and electrical lines to ensure safety for machines, equipment, and workers.
“Now with a high capacity of machinery, each batch of distillation is about 2 and a half tons of fresh or dried star anise flowers. After 2 consecutive days and 2 nights, about 100 – 120kg of essential oil will be collected (1kg is equivalent to 1 liter of oil). The quality of star anise oil is guaranteed to be clean and its quality is much higher than that of traditional distillation “, Mr. Tu said.
If there are orders like the previous years, on average, Mr. Tu can distill more than 2.5 tons of star anise oil per month. Every year, his workshop buys hundreds of tons of stra anise flowers from local people to distill essential oils.

The consumption market is in trouble

The quality of star anise oil is guaranteed, but the price is precarious and the output is not stable, making many farmers unable to pursue this profession.
Especially during the current global epidemic of Covid-19, the export of star anise oil products is increasingly difficult. Currently, Mr. Tu is the only person who is attached to cooking essential oils here.
He said that in the past, China purchased star anise oil at high prices, the product had not yet been bought by traders, many people invested in opening an aluminum oil furnace to produce more essential oils. Especially in Binh Phuc, each family used to have a star anise oil furnace. But in the past few years, China has bought at very low prices, so the star anise oil maker cannot be sold. 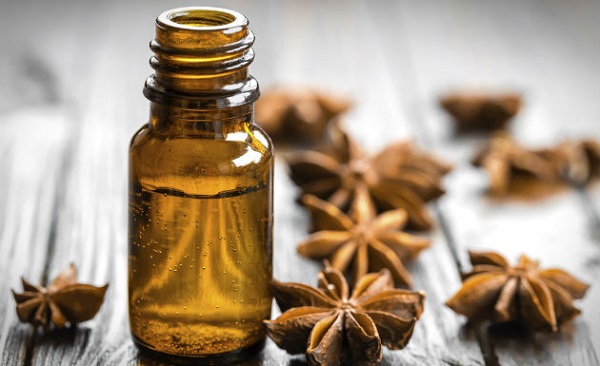 “When China still bought star anise oil, there were times when it was in short supply, traders bought about 3 million – 3.5 million VND / kg. Now, the price of essential oil has dropped dramatically. Meanwhile, the domestic market is quite small.” – Mr. Tu sighed.
According to Mr. Tu’s estimate, 1 ton of fresh star anise can cook about 30-35 kg of essential oil. The current price of star anise oil is only 1.2 million VND / kg. Meanwhile, the price of imported fresh star anise is 32,000-35,000 VND / kg, and dried star anise is 155,000 VND / kg. There is also a cost hire labor, monthly electricity bill. On average, 1 liter of essential oil costs 100,000 dongs of electricity.
Mr. Tu shared that star anise oil is used in pharmaceutical production, food additives, and flavoring. The markets for star anise oil are mainly overseas, China, the US, Belgium, the Netherlands, Thailand, and India … However, from the beginning of the year until now, due to the Covid-19 pandemic, the export transportation password problems. Currently, in the family’s warehouse, more than 1 ton of essential oil still remains.
“I am currently completing my application for star anise oil products to achieve the local 4-star OCOP certification. The product is good but needs to build a brand, have a clear design, origin. I hope that the disease will be controlled soon so that the products can be exported, “said Tu.