Each year, Vietnam exports nearly $400 million worth of cinnamon and anise, cinnamon ranks third in the world for production, and star anise is second  (according to the World Spice Association). This product is favored and welcomed by many markets due to its high quality and consistent supply. 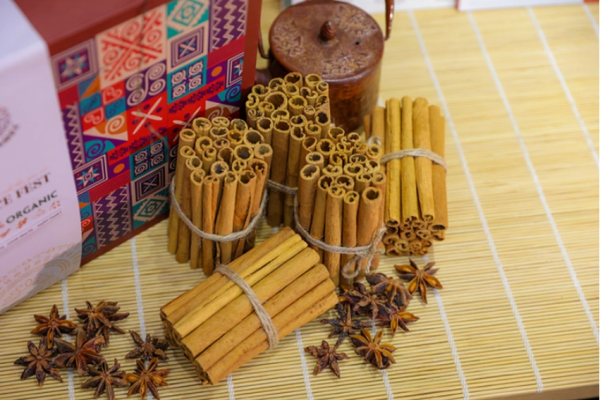 According to the Food and Agriculture Organization of the United Nations (FAO), Vietnam is one of four nations that will contribute 98% of the world’s total production of cinnamon in 2020. Anise is a native plant that very few countries own, most of them are Vietnam and China. With this resource, Vietnam has the potential to supply the global spice and flavoring market, which is valued at $21.3 billion in 2021 and which is expected to reach 27.4 billion USD in 2026 (according to Marketsandmarkets.com)

Currently,  cinnamon and anise in Vietnam are extensively consumed in many countries of East Asia (Japan, Taiwan – China, Korea), South Asia (India, Bangladesh), the Middle East (UAE, Pakistan), America, and the European Union – EU. The market for cinnamon and anise products in Vietnam is more motivated and filled with opportunities due to the rising trend in the demand for raw materials in the food, cosmetic, and pharmaceutical industries.

Vietnam’s export of cinnamon and anise is one of the few bright spots amid the Covid-19-induced global crisis. According to the Vietnam Agriculture newspaper, prices for dried and fresh anise blossoms in Lang Son would rise by 20 to 50 percent in 2021 compared to 2020.

A market survey conducted in Vietnam in 2021 by SNV (Dutch Development Organization) shows that the outstanding advantages of cinnamon and anise in Vietnam include: The climate and soil are suitable for high-quality plant species, the attention and support from the local government for agro-forestry development. 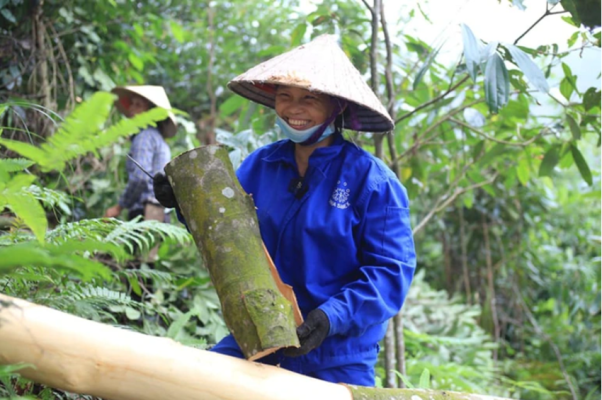 According to Vietnam Agriculture Newspaper, Organic cinnamon and anise have a higher essential oil concentration of 15% to 20%, a higher yield, less leaf loss, and a higher flower bean rate. The direction of organic production is also in line with the preferences and needs of well-known “fastidious” markets with high levels of consumption. According to a survey by the global research company Nielsen which was done in 60 countries, the EU is the second-largest market for products that are organically certified, and 68 percent of EU customers indicate they are willing to pay extra for organic products.

The industry for cinnamon and anise is expected to grow over the next several years. This is good news, but it also raises concerns about the potential of wide conversion, challenges with quality control, price risks, and harmful impacts on the social and natural environment. Industry experts have recommended this issue and provided suggestions for the long-term growth of cinnamon and anise in Vietnam at many forums. As a result, experts suggest encouraging technological advances and research, ensuring and strengthening organic agricultural standards, and diversifying processed or refined products.