What is Star Anise?

Star anise is an herb. Seeds and oils are used in the manufacture of medicines.
Make sure you know what you’re using. Star anise widely used today as medicine is the Chinese star anise. Not to be confused with the Japanese star anise, it is very toxic and should not be taken. It is very difficult to see the difference between them.
Star anise can treat respiratory tract infections, pneumonia (inflammation), cough, bronchitis, flu (flu), swine flu, and avian flu.
It is also used for gastrointestinal problems including colic, gas, loss of appetite and colic in babies.
Some women use star anise to increase breast milk flow, promote menstruation.
Some people inhale star anise to treat airway obstruction.
In foods and beverages, star anise is considered a culinary spice; Both the seeds and the oil are used as flavorings.
In manufacturing, the oil is used as a fragrance in soaps, cosmetics, perfumes, and toothpaste, and to conceal unwanted odors in medicinal products. 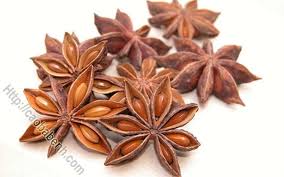 How does Star Anise work?

Star anise seeds contain ingredients that may be active against bacteria, yeasts and fungi. Star anise supports the treatment of flu effectively because it is a good source of shikimic acid, used in the production of oseltamivir (Tamiflu), a medicine to cure the flu. However, there are no studies to show that star anise is active against viruses like influenza viruses.

Are there any safety concerns?

Star anise is LIKELY SAFE when used as a flavoring in foods. Currently, there is not enough information available to know if it is safe to use as a medicine. Some ingredients that can cause skin problems include swelling and blistering when applied directly to the skin.
Make sure you are using Chinese star anise, not Japanese star anise, which is toxic.

Pregnant and lactating women: There is not enough reliable information about the safety of using star anise if you are pregnant or breast-feeding.
Children: Not safe to use star anise in infants. It is too difficult to ensure that the product you are using is pure Chinese star anise, not contaminated with Japanese stars. Star anise that is commonly used in infants is very safe, but some children have also shown discomfort, vomiting and seizures when drinking star anise tea. These symptoms may be due to star anise poisoned Japan star anise (Illicium anisatum).

The appropriate dosage of star anise depends on a number of factors such as the user’s age, health, and several other conditions. At this time, there is not enough scientific information to determine the appropriate dose of anise dose. Remember that natural products are not necessarily safe, and the dosage is the key. Be sure to follow the relevant directions on the product label and consult a pharmacist or doctor or other healthcare professionals before use.