When mentioning the flavor of star anise (or anise) (Question: what does star anise taste like), just four words: sour, sweet, minty, fragrant are enough.

Dried star anise is one of many famous specialties of Lang Son, Vietnam. A number of studies have shown that star anise has health benefits, and additionally has the effect of giving food a more delicious and nutritious taste.

Star anise has a minty and sweet flavor, like cinnamon but quite lighter. The sweetness of star anise is also more unique: both sweet and sour combined in the flavor. However, when it comes to the outstanding features of star anise, it must be the characteristic scent, which cannot be confused with any other spices.

If you have ever used five-spice packages to marinate meat, mushrooms, or other stuff, you must have experienced the familiar aroma of star anise. Vietnam’s pho and Hue beef noodle soup, without star anise, have no flavor. 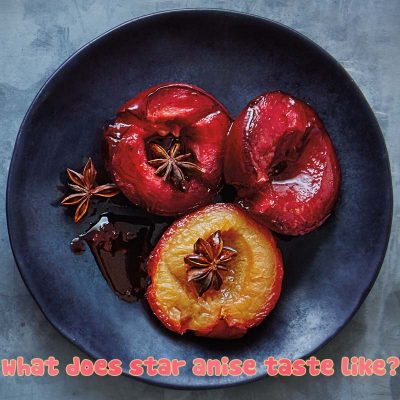 In spite of bringing a charming taste to the dish, star anise should be used in a moderate amount, in order to not overwhelm the main ingredients of the dish, making the food taste bad and possibly causing mild poisoning. In addition, using moldy star anise need to be avoided since star anise loses the aroma and also affects health.

What are the uses of star anise?

The uses of star anise in cuisine are very diverse. After all, people enjoy star anise thanks to its scent and the sweet-sour taste, which are very suitable for spice.

In medicine, star anise is renowned for its outstanding usage of optimizing digestive system, because:

Spices help warm the body in the cold season

Thus, you can sometimes combine star anise in dishes such as vermicelli, pho, noodle soup, and vermicelli… because this is both easy to digest but also creates a delicious meal for the whole family in winter.

In addition, currently, star anise essential oil is also available on the market, which is extracted from star anise fruit. It is known that this essential oil has effects such as antiseptic, pain relief, relaxation, and good for the respiratory and digestive systems. 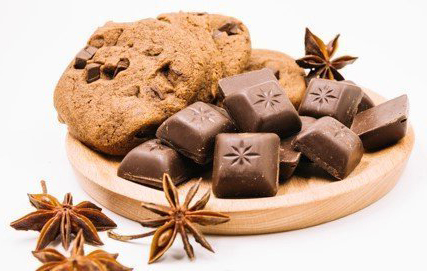 Pay attention to the dosage

With any herb, the correct dosage is imperative. Star anise is no exception, depending on the subject, age, and physical condition, the dosage is different. It is best to consult a doctor to ensure safety for health.

Don’t use too much star anise

Star anise, if used in excess, will cause adverse effects on human health. In some cases, depending on the individual condition, it can cause symptoms such as drunkenness, tremors in the limbs, congestion in the brain and lungs, sometimes convulsions such as epilepsy,.

Attention when using with babies

There are no clear studies on the suitability of star anise with the infant. Meanwhile, there have been recorded cases of children dying from the use of star anise in children. Therefore, they are not recommended for use in infants.

How to choose star anise

Should choose star anise flowers intact, and old will be more fragrant. Old star anise flowers are usually dark brown, with shiny brown seeds in the wings. Star anise can be dried for longer shelf life. Use sealed jars or bags to preserve star anise, sometimes expose it to the sun to avoid mold, and store it in the refrigerator.