Currently, Lang Son star anise is a valuable commodity that is extensively utilized by many people, particularly in the hilly region of the Northwest. In everyday life, anise serves various purposes. But not everyone is aware of all the advantages of Vietnam star anise.

The term anise is not actually what people assume it is. People refer to anise as a flower since that is how it was originally formed. The result of anise crystallizing is really “anise.” Other names for star anise are anise, anise, ear taste, and octagonal repatriation.

A perennial woody shrub called anise is a common sight in the high mountains of northern Vietnam and China.

This tree is green all year long and grows to an average height of 6 to 10 meters. Anise leaves frequently grow in clusters and are lanceolate or oblong in shape, 8 to 12 cm long, approximately 3–4 cm broad, and slightly pointed toward the leaf tail. The leaf blade is entire, thick, robust, and smooth.

An anise tree with a height of three to four storeys, tall, smooth branches, and clusters of white, multi-petal blossoms that become somewhat yellow with age.

Each calyx on an anise flower is roughly 1 to 1.5 cm long and pointed at the tips of the wings. When the anise flowers fade, they produce immature, green fruits with 6 to 8 petals (big), which become dark green brown when ripe. If you look closely, you will notice that inside each wing is a seed that is about the size of a green pea, fairly spherical, slightly flattened, and smooth.

Anise typically blooms from March through May. In July and September, the anise flower buds start to mature and the harvest season begins. Additionally, there is still an out-of-season anise variety that blooms at the end of the winter and that we may collect around Tet. However, the main crop does not value the quality of this litter.

Anise’s distribution range is not very extensive and often only extends into China’s southern and northern border regions. Star anise’s current growing region is becoming increasingly depleted, yet there is an increasing need for people to utilize it, therefore the rising price of anise is justified. 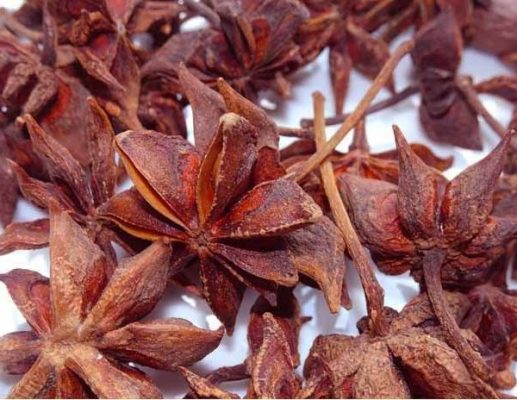 What is high-grade star anise?

An anise that does not crumble and is full of anise oil is considered to be of high quality. The anise flower becomes larger when it is fully ripe and is plucked more often, resulting in an adequate accumulation of essential oil from heaven and earth. The petals are full, the seeds are enormous and circular.

All it takes to smell faintly like anise is to arrange quality anise flowers in the bedroom. When cooking, adding one or two aniseed ears can enhance the flavor and aroma of the food.

What are the uses of Lang Son star anise flowers?

Perhaps not everyone is aware of the several applications of anise flower:

The digestive tract can be significantly improved by drinking hot water with 4 to 6 grams of dried anise flower decoction. When taking it, you should keep in mind that you shouldn’t misuse it because anise has strong medical effects and can harm patients if taken in large amounts. 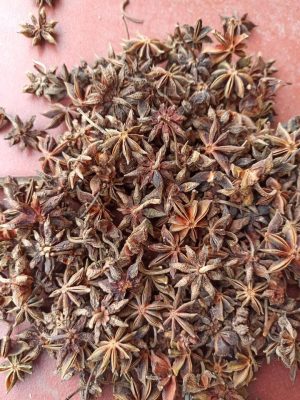